Get Involved: You can Donate to help with efforts to help women through the International Rescue Committee, Women for Women International (which I routinely give to and can attest does amazing work/was featured for being one of the only groups providing rape survivors usable skills in the capital in the documentary), or any of the groups listed on the HBO web site.

Film Review: I have now seen the film and can say that this film does an incredible job of centering women’s voices, refusing to fall into the trap of exceptionalizing the event while remaining thoroughly grounded in the specificity of the

DRC experience, and in being a part of the hope that this will end. As I watched I was grateful for the hope the documentary brought for the women even as I wondered how much good it would do. The self-reflexivity of the director (which never takes over the story or re-centers it on her), the unwavering commitment to give women a forum to speak to those with whom they could not either because of space or social stigma, and the powerful interviews with perpetrators and men engaged in stopping the violence make this film teachable on multiple levels but also a powerful testament to decolonized feminist solidarity that has been lacking in other discourse about women’s rights around the globe. Jackson not only shows the problem, but goes out of her way to show local solutions such as: the Panzi hospital ward that serves these women and helps them regain as much physical mobility and normalcy as possible after brutal attacks designed to permanently disable them, the Catholic Church who has consistently taken survivors in and provided support groups, children’s homes, and refuge centers for survivors, and the ONE woman sexual violence and violence against children police unit. She also shows international efforts that include a coalition of African women from the region (Congo, Rwanda, Uganda, etc.) working through the UN to put pressure on the entire region to end sexualized violence against women in war zones, refuge camps, etc. and

Women for Women International’s program to provide usable skills to survivors so that they can hopefully thrive economically in a world that has largely shunned them. In most of these examples women are doing powerful work for themselves, and in all of the examples, they are at the center of the work and in every example of international organizing the voices of Congolese women are centered or in concert with other women rather than mobilized for foreign agendas. Thus these images/examples work to remind us what global feminism looks like. It is local and global, it centers women at all times even when working with men, and when it is global, the needs of the local are central to any organizing or action.

The film also questions the local and global reasons for war and how this translates to violence against women and children. The DRC controls over 80% of a mineral necessary to create cellphones and laptop computers. In order to loot 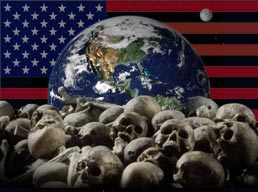 the DRC, multi-nationals need war, chaos, fear, and disposable children. In order to stage wars in surrounding nations, local groups need the DRC to remain in chaos so they can keep their bases. The wars they stage in their own nations also aid the mutlinationals through the control of their natural resources, access to child labor, and sexual exploitation of women for foreign investors both regional and global. Without going over a lengthy history of the legacy of colonialism and neo-colonialism, Jackson clearly gives us a picture of internal and external culpability that is thoroughly grounded in a long history of exploitation.

I urge you to watch this film and discuss it widely. The resilience of these women gave the director strength, it gives me strength, and if you watch the documentary I hope that it does the same for you. Time and again the women in the documentary also talk about how their participation in the film also strengthens them. Despite all of the gendered violence in this world, and in the DRC specifically, women still survive. Theirs, and this film, are a powerful testament to how truly brave and strong they all are. End of Update.

The Greatest Silence addresses nearly 10 years of rape and sexual violence against women in the Congo as part of a larger conflict in the region. The title refers to how little has been said and done to address the issue of violence against these women. While British journalists have talked about the rapes in the Congo and N. American journal magazine 60 Minutes did a report on it, no regular reports nor large scale movement has grown around the sexual violence and trafficking of women in the Congo. The silence is particularly striking given the amount of attention spent on discussing the plight of women in Afghanistan and Iraq by N. American feminists – though far too many have remained largely silent about the subsequent rape and trafficking on women and girls from this region since the start of the war. The Greatest Silence hopes to raise awareness and create discussion by not only highlighting the conflict’s impact on women but by showing women telling their own stories of abuse.

I have not seen this film yet, but will be watching tomorrow to see if it covers the issues of rape and sexual violence as weapons of war in the Congo not as exceptional or part of a racialized narrative, which has been the way these issues have been presented to date, but rather as part of an increasingly astute understanding of how women’s bodies are part of the battleground in wars around the world. I am looking for this, not to erase the specificity of the violence in the Congo, which is a necessary part of any analysis, but rather to develop a language of addressing sexual violence that deals with its use as a tool of war throughout history and allows us to deal with the specific use against, and experience of, women in any given place. From ancient empire building, to colonial conquest, to present day ethnic and economic inspired wars women’s and girls’ sexual and reproductive capacities have always been treated as:

These forms of abuse are well documented but seldom weaved into a coherent theory in favor of spatial and racial arguments that elevate cases to exceptional status. The result is an erasure of the ways in which this misogyny has held sway throughout time and across space and race. It also leaves us perpetually unable to create praxis that addresses the way sexist and sexual violence works across fields (the home, the workplace, sports, war, etc.) and to potentially develop astute skills at dismantling the root causes of the misogyny that underpins all fields.

I have said this before, it is important for us to develop a complex theory of sexual violence that includes war and theories of war that includes sexual violence as a tool. Once we do, we will be better able to address the specific cases of sexual violence in war zones and better protect women outside of war. This is particularly important given the rampant trafficking on women in the Middle East and Africa as a result of wars, the sexual violence against women in refugee camps and immigrant detention centers around the world, and the ongoing rise of ethnic cleansing in Eastern Europe, Africa, Latin America, and elsewhere.

The Director’s, Lisa F. Jackson’s, recent interview about the Greatest Silence highlights her own understanding of the ways that sexual violence is being used as a tool of war and how her own experience helped her enter into and gain entrance into her subject matter. She begins with a discussion of the UN report in 2000 about how sexual violence and her own desire to do a survey film that would show women talking about surviving across the globe. She provides some context to how the war in the Congo started calling it a “resource war” and also “a war in slow motion” both of which are very astute and succinct descriptions of what is going on. Perhaps more than discussing how and why the film came to be, her statements about how important it was to the women themselves to have a forum to tell their stories speaks to the import of this film. Rather than the West looking in or using these women for their own narrative and socio-economic-political ends, this documentary is partially a tool of the women themselves to heal and to speak. (The interview is long but extremely astute).

The Greatest Silence is available for ridiculously high rental fees at Women Makes Movies (please someone tell them that not all schools and certainly not all WS programs/departments have the kind of rental budgets the top 10 have) or you can watch it on HBO starting tomorrow. The WMM description is below:

Shot in the war zones of the Democratic Republic of Congo (DRC), this extraordinary film shatters the silence that surrounds the use of sexual violence as a weapon of war. During the decade-long brutal war in the DRC, many tens of thousands of women and girls have been systematically kidnapped, raped, mutilated and tortured by soldiers from both foreign militias and the Congolese army. A survivor of gang rape herself, Emmy-Award® winning filmmaker Lisa F. Jackson travels through the DRC to understand what is happening and why. This moving, award-winning documentary, produced in association with HBO Documentary Films and the Fledgling Fund, features interviews with activists, peace keepers, physicians, and even – chillingly – the indifferent rapists who are soldiers of the Congolese Army. But the most moving and harrowing moments of the film come as dozens of survivors recount their stories with an honesty and immediacy pulverizing in its intimacy and detail. A profoundly disturbing portrayal of the ways that violence against women is used as a weapon of war, this powerful film also provides inspiring examples of resiliency, resistance, courage and grace.

7 thoughts on “The Greatest Silence Premieres on HBO Tomorrow”