The View has been discussing gay marriage and prop 8 since its win as part of their Hot Topics section. The women have split down the middle with Goldberg and Behar in support of marriage equality and Hasselbeck and Shepherd denying gay rights. These splits contradict many of the “common knowledge” assumptions and offenses people have been making in the post-prop 8 era, as it is the elders of the group rather than the younger women who support gay marriage and both sides are racially diverse. However, there are some things about the View cast’s breakdown that does reflect the statistics, both Shepherd and Hasselbeck are evangelic Christians and both believe in the “sanctity of marriage” while Goldberg (Athiest?) and Behar (Cultural Catholic) have both critiqued marriage and developed relationships, post-marriages of their own, that work better for them and their current relationships. Getting back to fuzzy numbers, clearly 4 celebrities does not a statistical significance make, however I think the conversations and the positions they are taking are both somewhat reflective of larger discussions and individually interesting. 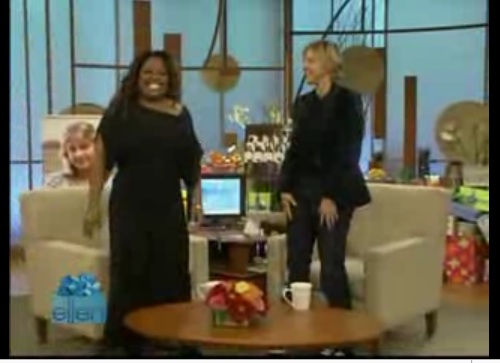 That being said, in yesterday’s follow up discussion about gay marriage, Sherry Shepherd trotted out not one put two “gay friends” to justify her stated position against gay marriage. Not only did she bring up a gay couple who her child calls “uncle” to discuss how she secretly supports gay parenting but then she actually said she is still “searching for a gravy boat” for Ellen and Portia … ?!? Thus in one fail swoop, Shepherd hoped that she had put to rest the stigma of being a homophobe because she has bot gay and lesbian friends who she supports in their marriage and lets play with her son. Wow.

what you can do

You can support an alternative view by participating in the many scheduled rallies today. They are be held around California as well as Minnesota and are part of a larger grassroots effort that has seen rallies in CA, MN, and Utah. If you call your local GLBTQ Center or shelter, or call the GLBTQ Services Office of your local campus, you should be able to find a rally in your area.

You can also participate in those rallies by not vandalizing churches which will ultimately turn the tide of opinion even further against gay rights amongst one of the groups largely responsible for the marriage loss. AND by not using or ignoring racial slurs at these rallies which only further limits the support for the cause and blames a group that was statistically minor in the overall yes vote despite all of the fuzzy numbers to the contrary.

Since today is Veteran’s Day consider supporting our troops by bringing up the repeal of Don’t Ask Don’t Tell and how this policy and the failure to grant gay marriage put veterans and their families at greater risk. If they die in combat, their bodies will not be shipped hom to their partners. If they have homophobic relatives this may result in their partners being barred from their funerals or even knowing where they are laid to final rest.

If they are injured in combat, the same can hold true for the decisions about their care in many states. Worse, if they are outed at any time post-injury, they lose needed medical coverage and benefits that may be supporting not only them but also the household while at the same time potentially being unable to work to suppliment the loss.

These are just some of the costs to families who are denied the rights and privileges of marriage.

Socially, soldiers are also unable to be accompanied by their partners when they leave for assignment nor step off of a plane to a welcoming embrace when they return from a tour of duty. Their partners, like the partners of many people in other professions, cannot attend any of the events honoring their service or the service of their fellow combatants openly and freely, instead having to pass as a “friend,” “cousin,” or “house guest,” or simply not attend at all.

After serving our country, not just in unjust wars but in wars against fascism, genocide, and conflicts where rape has been a key weapon of war, they are in essence forced to live separate lives. One life one where their is honesty and love at the center and the other in which there is needed work but no truth.

You may also want to consider bringing up the amount of homophobic “hazing” and murder, either through failure to back up or actual killing, of gay soldiers and people suspected to be gay has been in the past and could continue to be with the losses that gay rights have suffered. Or the high statistics of depression and anxiety related to passing or trying to pass during times of conflict. Or about rising hate crimes against the queer community in general and how the military makes it harder to track these crimes within their organization(s)/branches.

whatever you do today, do your best not to ignore or support others in their oppression whether that means confronting homophobia, racism, or both around you as you try to make this world a better place for all of us.