Constance Baker Motley was the first African American (1)  female Federal Judge and the first black woman voted into the New York State Senate. Prior to becoming a judge she worked on issues of Civil Rights and education, including briefs on Brown vs Board of Education.

Judge Motley has actually been involved in several black herstory moments. Besides the firsts listed above, she was also:

Motley’s story is one of the great N. American rags to riches stories. Born to immigrant parents from the small island of Nevis, she started her work career as a maid at the local Community House. Inspired by African American authors writing about equality and racism, Motley gave a speech at the Community House about the need for African Americans to be included in leadership and leadership decisions. That speech impressed a local member so much that he actually paid for her to go to college.  Motley quickly advanced, becoming the first African American woman to be accepted into Columbia Law School.

During her time working for the NAACP, Motley won 9 of 10 civil rights cases. Her work on Brown v Board Education not only helped ensure equal access to education for African Americans but her work with James Meredith helped ensure the beginning of the end of racial discrimination in admissions at the university level as well. She worked on three key decision making cases related to educational discrimination 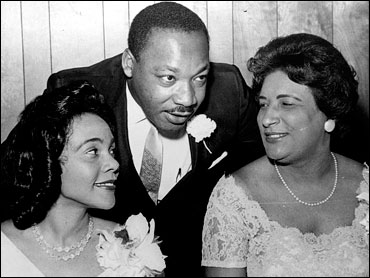 through admissions discrimination at the university level involving state schools in Florida, Georgia, and Mississippi. She also worked on a similar discrimination case in South Carolina involving Clemson University, one of the schools whose recent black face incidents is depicted on my John Mayer post for this month. Finally, she successfully argued for 1,000 youth to be reinstated at school in Birmingham, Ala., after the local school board had expelled them for demonstrating.

Motley was also a consummate civil rights activist. At the age of 15 she became President of the local NAACP Youth Council. She visited Martin Luther King, Jr. in jail and helped him get permission to march in Albany Georgia. She also spent time talking with Medgar Evers just before his murder. She was one of the strong lawyers who risked their own safety to represent the Freedom Riders; in her autobiography, she said it never occurred to her that Civil Rights could fail or that her work would not lead to change. That change was more important than threats she received. And her legal work included wins that helped end discrimination at lunch counters and restaurants in Birmingham and Memphis respectively. She was also a church girl, and she sang civil rights songs in the bombed churches of the era to celebrate the resilience of black communities and mourn the passing of bombed adults and children.

Her civil rights work extended to both women’s and gay right’s as well. Motley worked on cases that allowed female reporters into locker rooms; their exclusion had previously justified not hiring or promoting female journalists in sports journalism. Her rulings also upheld the right for gay protesters, excluded from the St. Patrick’s Day Parade, to protest outside the Cathedral involved in excluding them.

Charlene Hunter-Gault, whose case to be admitted to UGA after being turned down for being black, described Motley like this:

“It was as if she would lull them into an affirmation of their own arrogance, causing them to relax as she appeared to wander aimlessly off into and around left field, until she suddenly threw a curveball with so much skill and power it would knock them off their chair.” (Hunter-Gault 993 In My Place)

Like so many of us, Motley understodd that at the intersections of racism and sexism is the strongly held belief that black women are both stupid

and incompetent and used it to her advantage on a regular basis. She was once quoted as saying that Thurgood Marshall thought these intersections would protect her in the turbulant South as well, though she understand that being black woman in N. America did not protect you from abuse and often opened you up to more of it.

In a speech in which she accepted the Florence E. Allen Award, Motley talked at length about the women who had influenced her and kept her going in the face of both gender and race discrimination. She explained that she was even discouraged from going to law school by a supervisor who respected her work, because “women never amount to anything in the law.” It was her belief in the equality of women and people of color and the companionship of other black and female activists that made her push on. For her these women were mentors,  door openers (whose race had got them in and whose gender gave them sympathy for other women locked out), and fellow activists striking at the multi-layered glass ceiling in society and the law.

Judge Constance Baker Motley died at the age of 84 in 2005. Her legacy to black herstory, particularly with regards to civil rights in education, is immeasurable.