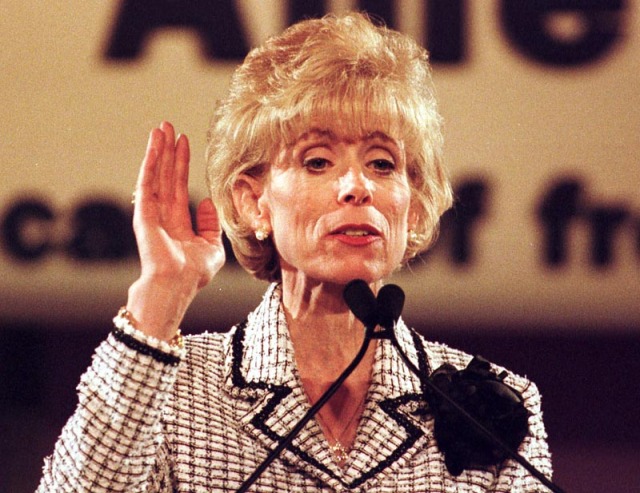 I’ve been watching the Dr. Laura drama unfold with the same disdain I hold for most celebrity racists. Perhaps, I’ve even had a little more cynicism when it came to Dr. Laura precisely because she is a conservative radio host in an era in which they can say pretty much any racist, sexist, homophobic thing they want and continue to make a career out of it. Even when they get fired, public discourse continues to support them and sooner or later they end up back at work, spreading their special brand of hate-entertainment, on a different station. The mid-80s take over of radio by hosts who did nothing but fan fear and division while they belittled and berated their callers proved that hatred sells. Conservative talk radio is better at encouraging and providing open forums for fear, hatred, and violence than the famous Orson Wells broadcast that made people arm themselves against aliens. (No not immigrants, actually little green men.) The difference of course being that Wells was joking and sincere when he apologized later.

Under these circumstances Dr. Laura saying the n-word more than 10 times on her radio show made me shrug and think “another day in post-Bush N. America” I didn’t even care enough to compare her to John Mayer or diagnose her with Mel Gibson Spectrum disorder, which you know is my favorite thing to do these days. Ultimately, I knew she’d issue a meaningless apology and turn the incident into bank.

What concerns me more is all of the racism on that particular show that is going unreported so we can focus on the use of the n-word. Like John Mayer (told you), Dr. Laura said an endless array of racist-sexist things to her African American caller that have been swept away so that everyone can express their deep disgust at the use of the n-word. I don’t use that word. I don’t like that word. I know the history of that word and do not believe it can be reclaimed. That said, if that word had been omitted from her radio show or John Mayer’s interview, they still would have been racist and they still would have mixed that racism with particular fear of interracial relationships and sexism that no one is talking about.

Dr. Laura’s tirade was prompted by her stated belief that

In Dr. Laura’s world, it is the victims or targets of oppression who are responsible for the violence they endure. More than that, they ask for it by crossing racial boundaries that legally have not been in existence since Jim Crow and Loving vs the State of Virginia. In other words, her tirade was predicated on the idea that black people and white people should not interact socially nor NEVER EVER EVER date or marry. She simply softened this statement by adding the caveat: unless you are willing to laugh at being the target of racism. 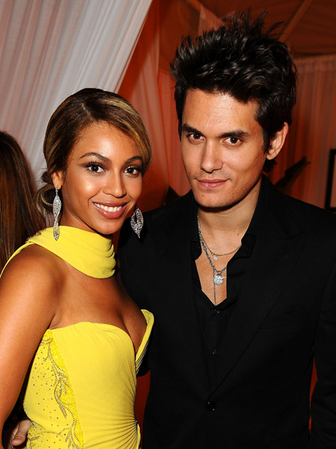 See no one wants to talk about that part of it, just like they did not want to talk about John Mayer’s racialized sexism at a national level. If the message boards during the John Mayer incident are any indication, the sad fact is Loving be damned, people in N. America still hold eugenicist believes about race and interracial relationships. And in a post-Bush N. America, they feel incredibly safe and confident expressing those beliefs in public. In that way, Dr. Laura is no different than the grocery store clerk who refuses to hand you your change or goes on a break if you are with someone outside your race.

Until we have this conversation, we will have racism in N. America that travels along gender lines. Both women of color and white women suffer when a nation invests in the concept of “miscegenation” (the eugenicist term for interracial relationships that implied degeneration and predicted children’s civility or lack thereof). Women of color are demonized and pathologized which spills into economic, housing, and job policies as well as responses to domestic and sexual violence against them. People who desire them then fetishize them, work out colonial fantasies on their bodies, abuse and rape them in the name of white supremacy (and yes there is a whole genre of porn for those folks, thank you overzealous RCG student & Jerry Springer), or simply trot them out like prized possessions to prove they are not racist. White women in interracial relationships are seen as race traders or that they are slumming, their relationships are never real in this context. Men of color who date them or refuse to date them also run the risk of being called rapists or simply being beaten for crossing that color line Dr. Laura was policing on her show that day. And all of this works together to enforce the idea of racial and sexual difference that allows segregated neighborhoods and lives to exist and for real people to be disregarded or erased in favor of their symbolic meaning as objects of forbidden desire, proof of enlightenment when called out on one’s oppressive behavior, or a place to count coup. And those of us who are actual products of interracial relationships or members of multi-racial families can just fade away in the great miscegenation debate ever to be vilified for our proof that love matters even in a racist, racist, country or world.

Dr. Laura’s n-word tirade takes on whole new meaning in this context. It seems that the excessive use of the n-word was Dr. Laura’s subconscious attempt to exercise the fear of blackness, blackness in her midst, blackness mixing with her pristine whiteness, blackness that not only dares to cross into her gated community but then demand to be treated equally, and yes, because of the way miscegenation works, blackness that made her feel less sexually desirable in its wake. That is what we are not talking about and that is why she implied the caller was an n- and that all white people think so.

Remember, Dr. Laura told her caller that she”should have known” that if she was going to date a white man that she was going to hear racist jokes and racial comments. In other words, white people are racist. White people make racist jokes. White people speculate about black people’s sexuality based on their racism. Dr. Laura’s comment implies all of these things are a given and that no person of color is safe from them unless they stay in their own segregated communities. That’s the other part we are not talking about. 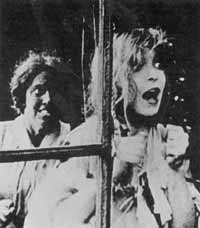 Now Dr. Laura wants to play victim of “special interest groups” trying to “silence her”. Is that like when John Mayer burst into tears on stage and said he “just wanted to play music” and was sorry he was “just trying to be clever”? First of all, besides all the other conversations we are not having about race and gender, we need to have one about how white, middle class, cis people’s values are no more “family values” than everyone else’s are “special interests”. More than that, marginalized people do not have the power to silence people in the center. We can demand that you follow basic hate crimes rules. We can circulate petitions asking that you educate yourself and live up to the standards that should define N. America, ie inclusion and equality for everyone. We can even rant on a blog post that some bigwig might read. But celebrities from Lady Gaga to Mel Gibson to Don Imus to Dr. Laura will still have a public venue from which to spew their special brand of hate, ignorance, or simple erasure of people who they don’t care about. Remember, hatred and fear sell and this is a capitalist country.

To quote someone on my twitter stream: “The First Amendment does not guarantee you the right not to be ridiculed [when you are being ridiculous].” It also does not guarantee you a job. It guarantees you the right to speak your mind with few exceptions. Dr. Laura did that. According to her own version of the story, she decided to quit as a result of other people speaking their minds about her racism that she thinks need to leave her alone and be quiet. See insults only flow in one direction for people who hide behind free speech when caught being oppressive.

Nor will Dr. Laura be meeting the same fate as people of color who dare to speak their minds about racism in their workplaces. We all know what happens to the majority of them, hello some on please trot out the disparities in unemployment again because I have done it enough. Raise your hand if you or someone you know was fired, ostracized, passed-ove for a promotion, etc because they pointed out racism in the work place. Unlike all of these unfairly unemployed people, Dr. Laura’s parlaying what she calls her discussion about race in N. America into a lucrative book deal or two and some more high paid speaking engagements. And like poor, poor, Don Imus, she can go back to radio whenever she wants once the majority of N. America moves on. She’s been spewing hate against the queer community, domestic violence survivors, and others for years, why would this year be any different?

Finally, we can’t forget what happened after her tirade. After steam rolling over her caller, justifying racism, and using the n-word with abandon Dr. Laura said that electing a black president should have been enough to make black people stop “blaming white people” for racism. The implication: racism is over and black people who say otherwise are “over-sensitive” and “reverse-discriminators”. After going off in an n-word laden rant Dr.Laura was already claiming she was the victim; like so many others in the nation, she’s just so tired of having to school black folks on how not racist the people using racist language and espousing segregation really are. Remember all those “I’m not racist but” or “I don’t think it’s racist to” comments from white people during the John Mayer incident?

The failure to address the substance of Dr. Laura’s, or any other bigot’s, comments has left us in a world where bigotry is subjective and the oppressive get to define oppression. Worse liberals feel just as at ease weighing in on the truth value oppressions that do not target them as conservatives because they preface it by claiming how horrible the n-word is first. As I said on Twitter, “Sometimes I think these people use the n-word on purpose so they can get away with everything else. You say sorry for the n-word & the rest of your bigotry stands.”

So yeah, I don’t care about how many times she used the n-word enough to lose sleep over it. Like I said, it is just another day in N. America. But if you want to talk about the racism that surrounded and/or prompted that word to come out of her mouth so many times and how it is related to the actions and beliefs of so many others in this nation, and you want to deal with what that means and how to have a socially just nation, then let’s talk.