In a year in which the nominees for the biggest awards are sans people of color and the hosts are 12, and at least in Franco’s case lack any class whatsoever, I find comfort in this: 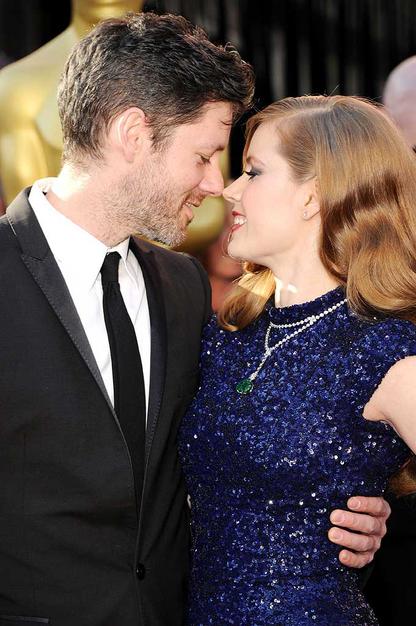 There is so much love in their eyes it makes me believe the Oscars are about more than patting each other on the back in expensive outfits the cost of which could help some people pay their health insurance bills, eat real meals, and survive another day.

Oh well, at least Robert Downey Jr. did not take this opportunity to talk about having sex with all the female nominees (including the underage one from True Grit) during their award announcement like the last award show. BUT WAIT instead we had an aging Douglas flirting with the women hosting and up for Best Supporting Actress. It was nice to see him up and talking, and even better that the Academy Awards allowed an elder man with a speech impediment give an award; something other “shiny, pretty people” shows should do more often. However, sexism is sexism is sexism. Somebody please tell men chosen to present awards that neither the SAG nor the Academy Awards (or the Emmys for that matter) discriminate on the basis of cisgender alone and these awards are neither named “pretty girl award” or often given to people without real talent who have worked just as hard as the men who are not objectified win they win their’s.

Oh well, maybe they will leave Mr. Blackface Downey Jr. out of the memorial montage, like they did to poor Corey Haim. That’s two prestigious award shows in which his passing was not mentioned. Once is an oversight. Twice? Especially after Feldman’s public berating of the SAG organizers? That’s just a shame. He may have been troubled but a lot of people made a lot of money off of him in his hey day and more importantly, he turned critically acclaimed performances in films like Lucas. He deserved better in death even if they could not give it to him in life. 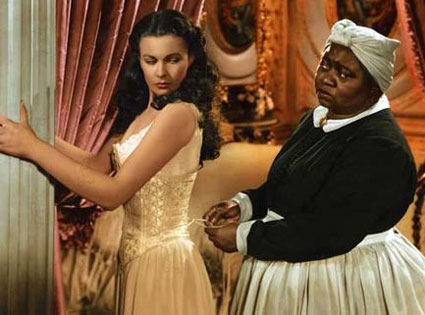 (and to think Hattie McDaniel actually risked her job to try and make this role less offensive than written;

can you imagine what the script says)

So yeah, I could analyze the mtv-ization of the awards in ways that were not funny nor entertaining, or slag off the wardrobe choices, or even celebrate the wonder of first time winners. But instead I am just going to say perhaps they need to hire a real comedian, learn to leave the sexism behind, and actually honor all of the stars that the Hollywood machine once praised and then spit out when they didn’t taste as sweet. You can do that can’t you? Afterall, I had to sit through a montage of Gone With the Wind from the people who used to give out a DW Griffith award, I think you can at least get some things right.

(yes I did file this under bitter much; I know my shadow)