My friends and I have been participating in a Jungian reading group. It is the one thing in my overbooked schedule this term that feels as though it is just for me; probably, because it is. A lot of our time has been spent discussing the issue of the Shadow and the Ego (or the Real Self as some of us prefer). What has been most interesting to me about the group is the way that two words have become mobilized as ways to silence others “reactive” and “shadow”.

(this man’s art is amazing, check out his blog)

For those who do not know “reactive” means just what it sounds like, i.e. you have high emotions around a certain topic that likely indicate it’s your stuff not someone else’s.”Shadow” is a huge topic I am about to reduce to less than a sentence, so Jungian folks feel free to look the other way for a minute. At it’s most basic it means the parts of yourself you have rejected and on a conscious level, likely no longer know they exist as part of you. So, when you bump into someone who makes you super “reactive” you are likely hating on your own “Shadow”. Make sense?

For the most part, both concepts are incredibly fruitful in making people look  at their own stuff and own their behavior. But an interesting thing happens on the oppression highway … can you guess? There are two types of Jungians whose privilege blinds them to how they oppressive: (1) the ones who swear up and down that their Shadows are the parts of themselves they learned from their evil parents who done them wrong, and therefore deflect their oppression on to said, absent, parents and all the work they have had to do on their stuff (i.e. very little except learning anti-oppression lingo) and (2) the ones who swear even louder that you are “being reactive” and really you need to do some work on your Shadow self because they’ve done theirs. Ugh. 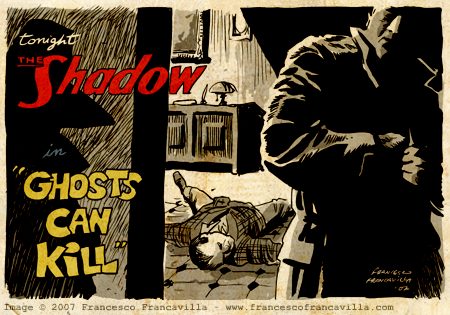 This does not just happen with oppressions mind you. In our group, there is a person who has studied Jung for years (which probably means he picked up a book to impress a girl in late high school after she waned on Marx … there I go, being reactive again). He knows Shadow theory better than any of us and never hesitates to point out other people’s Shadows or the “reactivity.”  Usually this finger pointing in the name of embracing one’s real self happens a few seconds after he says some sexist thing about women being the earth, or emotional centers because we have babies, or other “please do me because I am so in touch with my feminine side” bs and gets called on it.  But some times, it happens because he has openly mocked someone else in the group for not understanding a heady concept in the reading and when other’s of us come to that person’s defense he starts in with “reactivity” and “Shadow” finger pointing at speeds that make his little wagging finger hard to even see; oh, but it is there.

Recently, I was coming around the corner from my office and He Who Shall Not Be Named, was engaged in a full on gossip session about one of my colleagues from the group. He was “diagnosing” this person with an endless list of pathologies and actively connecting them to things that are considered private in the confines of our discussion. The person he was talking to was both eating up the insider information about my colleagues childhood traumas and laughing along at the diagnosis. When I glared, and went around the other corner, I heard him switch to diagnosing me.

The incident left me thinking about all of the ways we find to avoid dealing with our insecurities, past traumas, and interpersonal faux pas. How easy it is to point to others and say “that’s you stuff” all the while denying our own. From the plank vs the sliver, to the Shadow vs. authenticity, it seems we find endless ways to both try and teach each other how to change and to avoid changing ourselves. As old as the game is, I find something completely insidious about using psychological concepts to tear down other people or to hide behind. If every opinion that differs from your own is reactive and everything someone does not like is their Shadow then it seems some folks use that as a license to oppress others, excuse violent fantasies and personal attacks. Ultimately, where is the line? Is a rapist just a woman’s Shadow? a klan member a black man’s Shadow? Sheriff Joe and Jan Brewer immigrants and people who “look like immigrants” Shadows? And if it is reactivity to tell you that standing in the hallway using someone’s personal pain to diagnose and mock them is wrong, then is it reactivity to stand up against the new push to drill of the Gulf Coast again in the face of all the dead dolphins, dead sea life, and environmental pollution related poverty? Is it reactive to open a shelter for women escaping violence or demand that Republicans and some Democrats not risk the livelihood of teachers, firemen, etc. to make a political point about spending?

Perhaps I’m missing something here. But it seems to me that if you are sacrificing the lives or safety (emotional or physical) of someone else in order to feel more secure in your own world the person telling you to stop is not dancing with their Shadow, they are being beaten down by yours. (And of course, some of you out there think I am being reactive.)

2 thoughts on “The Shadow Knows”