This week marks both the 5th year anniversary of Katrina and Spike Lee’s return to New Orleans and the people whose stories he helped bring to light in the aftermath of the Republican made disaster.

I have watched the 4 hour documentary twice now and am still processing the radical difference in tone Lee’s documentary takes from all the much more celebratory documentaries/news specials produced by mainstream media. (I am also still processing some of the personal stories and the flashbacks Lee’s documentary induced, so we are going to focus on other things in this post.) While some have dismissed Lee’s work as polemic, the results of recent studies on New Orleans cannot be ignored. According to one such research project, white people have returned to New Orleans in greater numbers than black people, mixed race and white neighborhoods have been largely rebuilt or sustained less damage so they were easier to bring back, and white transplants to the area are enjoying a middle class lifestyle that has actually made costs of housing, food, and other essentials inflate beyond the means of original residents. Black residents or former residents in the study have less housing options, less economic security, higher rates of suicide, drug addiction, violence, homelessness, and incarceration. Many cannot and have not returned due to widescale gentrification and intentional rezoning and rebuilding policies that have neglected rebuild in the 9th ward, closed down public housing, and failed to re-open schools in traditionally black, poor, areas of NOLA. There’s is not a story of recovery, it is one of intentional abandonment and current displacement. Add to that the BP spill, which Lee’s film shows is hitting working class and subsistence level creole and immigrant fishermen the hardest and the story of recovery begins to look a lot like a gigantic lie.

In fact, as I watching Spike Lee’s film, I found myself thinking about the tsunami. I was teaching an activism course at the time as well as participating in several Ford funded faculty reading groups. I remember that the campus lit up with concern for tsunami victims and that my class organized a donation drive as part of their final project. All of our book groups were redirected toward discussions of how to help and organizations to support. And all of this was done in the spirit of altruism and deep concern for fellow human beings, not some paternalistic charity model. But when the giving was done, the posters, updates, and discussions came to an end. When the world stopped looking, the government swooped in and used a little known or used statuette to reclaim beach front property and build high end resorts, restaurants, and other tourist oriented businesses to capitalize on the new found interest in the region. Like former first Lady Bush’s comment that the hurricane would help Nola finally get rid of its problems and her son’s belief that this was an ideal opportunity for big businness, the post-tsunami government felt the same way, displacing thousands of working class and subsistence survivors permanently in the name of “progress” “recovery” and “rebuild”. And also like Nola, the story is not solely about victims and re-victimization, many people received some aid or even enough to start to rebuild their lives, but the story only Lee seems willing to tell is about how many did not. 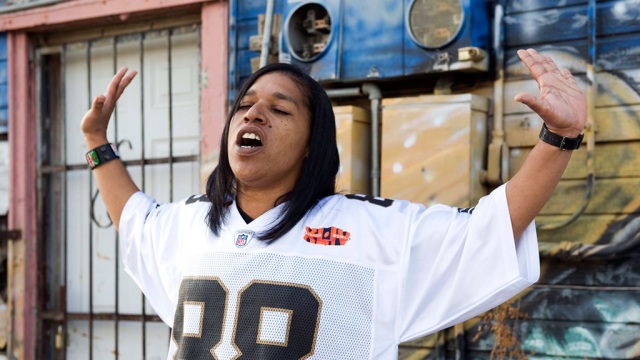 As someone who has kept a close eye on Katrina and its aftermath, someone who like many black Americans took to heart how easily the national and state government could turn on black people with guns, militarization, and life-ending indifference, nothing in Spike Lee’s film is new. There have been multiple rallies over the loss of low income and public housing in New Orleans reported here on the blog. The mental health crisis hit home for me as someone with family members who served both displaced Nola residents and then people still in the city during and after the initial crisis and I wrote about the clinics that were trying to make up the slack for the closing of the only mental health crisis center in poor black neighborhoods as well as what that closure meant over 1.5 years ago here on the blog. And while Lee’s film only touches briefly on women’s issues in favor of focusing on the violence being experienced by young black men in the city, I also wrote about the particular impact Nola had had on women and children and the work that New Orleans’ based feminists were doing to create women’s centers, health clinics (which granted could not find a trans positive physician but were not guilty of “killing trans women” as some claimed on the internet), domestic and sexual violence support groups and safe spaces, and feminist libraries here on the blog. So having spent so much time writing about what is going on in New Orleans, Spike Lee’s film seems fairly mild to me given what he could have included. He did not indict the Red Cross, who as I wrote here, sat on housing funds for displaced people until the cycle for that funding almost ran out. Nor did he talk about the 100,000s of pounds of aid that was never distributed, looted, or shipped elsewhere by FEMA when doing his comparisons to Haiti in the film, whose people, as I wrote here and everyone else wrote about in the news, suffered and died waiting for dispersal of aid. He did not mention the number of women who have been raped, beaten, or abused by their partners, strangers, or the police during and after Katrina as part of a predictable trend in crisis and crisis aftermath around the world; but of course, in this case, I think that was because Spike seldom mentions women’s issues in his films. Nor did his discussion of medical needs in the community extend to the discussion of what happened to both the HIV population and trans people whose access to meds was limited during Katrina until queer and inclusive clinics stepped in and whose access now remains under-reported or addressed.

So why such animosity or ambivalence about Lee’s version of events vs the happy-go-lucky promos flooding my tv every night for 5 years later specials? Why is it that when interviewers bring up the issues that remain, intelligent reporters like Brian Williams respond by talking about all the good going on in New Orleans? Is it because we need a feel good story after so much devastation? Or is it because, once again, we as a culture want to minimize longstanding racism, classism, sexism, homophobia and transmisogyny and how it played out in the aftermath of Katrina, not just the event itself? And more to the point, we want to be able to blame the victims who are still suffering so that we don’t have to ask why they are suffering, who benefits from their suffering, and why prosperity seems to be mapped on racial as well as class lines?

Ultimately, I think it is both impulses. I think we do want to see a New Orleans that has returned to the magic and splendor of its hey day. We want to honor survivors of Katrina who say they want to talk about growth and recovery not pain and abandonment, they want their city to be remembered for the good times not the lows. But we are also invested in a narrative in which black people are always guilty and poor people have invited their own suffering and where the people and systems that abuse them go unnoticed or with a simple slap on the wrist. More so than ever, this nation has divided in ways that highlight racial hatred and victim blaming and shifted the language of oppression to crown the oppressors as the most oppressed. Spike Lee’s film refuses that narrative with a force that makes it hard to ignore and so we are left with the only dismal most people can imagine “polemic” because after all, it is Spike Lee. But I would encourage you to watch this film carefully. Pay attention to the cited studies and actions and then look them up yourself (using more than wikipedia and blog posts). I think you’ll find that Spike Lee’s “If God is Willing and the Creek Don’t Rise” is quite tame compared to what is really going on in New Orleans.