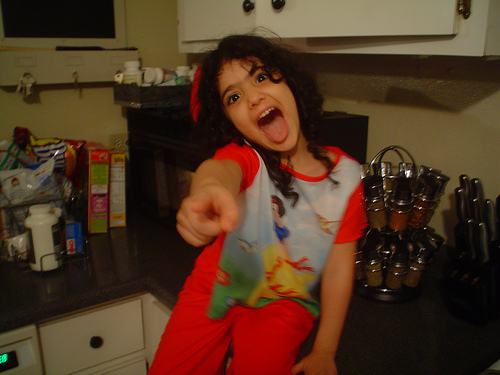 An interesting multi-blog conversation is unfolding in the academic blogosphere about the role of humiliation in academic relationships. While the conversation is quite complex overall, I find myself fixated on a single supposition: academics seek out humiliation. From my limited vantage point in the conversation, I have not read the book they are discussing nor been an active participant in the conversation, it seems the idea is based on a discussion about a “fictitious” academic from a working class background writing about a series of humiliating events in her early career. Part of that writing includes the fear of being outed as a poor girl in a field in which everyone is assumed to be rich and talking class is often the surest way to get shoved to the margins.

Long time readers, no doubt, can see why I might fixate on such a point. Perhaps it is because I am a poor girl who was given endless “tea cup tests” (does your pinky stick out or not) at my first appointment at Snooty Poo U. Perhaps it is because I chose to work at an extremely poor university that serves even poorer students and spend a ridiculous amount of my career saying to those who assume we are all elite surrounded by over-privileged students that not only is their reality not mine but there is nothing wrong with me, my scholarship, or my cognition because I chose to leave New England. Or Perhaps, it is just because I read, research, and work with and for people who have all at some point suffered serious humiliation at the hands of elitests who shrug off their cruelty like a stray cat hair on their sweater. I don’t think any of us seek out humiliation and if some do,  in this context, I would argue that it is about internalized shame taught to us outsiders to keep us from ever reaching for things we are allowed to dream about but never call our own.

More than that, I wonder about those who delight in shame. Is the delight in recognizing behaviors you have once engaged in but now have the privilege to forget the desperation that motivated them? By which I mean, when one seeks out counsel from Super Star X as a junior scholar, isn’t the motivation primarily to learn what Super Star X knows? Or if you are more self-interested, then perhaps the goal is to be taken under Super Star X’s wing so as to sail through tenure (which seldom happens by the way)? And in that instance does the humiliation stem from the system that marks out Super Star X as untouchable and therefore able to publicly humiliate others or even destroy their careers? Are you really a self-hating fool for talking to Super Star X if this is the only system in which you can engage him and he you?

Let me put it another way. Hegemony is based on naturalizing inequality to the point where we no longer recognize it and/or engage in it without the intent to do so. As students and junior scholars your success in academe is often based on networking with Senior scholars who have the power to radically impact your funding, advancement, tenure, and overall career. As you pass through each stage of academe the power they have over you diminishes. However, in order to pass through those stages you will likely have to swallow your pride, dilute your morals, and except things that in any other field of work you would be empowered to change. Those little compromises make you more and more immune to the vast array of inequalities and oppressions that fester in the academic world. This happens to everyone regardless of identity but is exacerbated by membership in a marginalized group and multiplied outward by the number of groups to which one belongs. This is something that we all know, that is written about in anthologies, and the subject of endless panels, and yet it is something that most would deny when reading it so starkly written out on a page as I have done here.

When you cross the line from un-ternured to tenured, the game changes immensely in some ways and not nearly as much in others. However, tenure provides a certain kind of safety that when coupled with years of minimizing and intentionally forgetting, ultimately translates to forgetting what it is like to dependent on good evaluations, Senior scholars liking you or at least not being annoyed with you because you wore purple on a Tuesday, and people perceiving of you as smart but not a threat to any of the status quo ideas that predate you. People forget what it is like to be the girl in the corner with one wool sweater, sleeves rolled up to hide the hole, in a room of girls with closets full of cashmere (to reference Pat Hill Collins essay on class antagonism in academe).

And while I am making critical feminist references to class analysis and academe why not trot out some tried and true readings on the subject; each of the books below contain essays on the subject:

So I put it to you dear readers, those of you who are working class academics or simply people whose identities have been the source of others attempting to humiliate you in the workplace:

As I always, it would be great to discuss it here for the people who don’t use twitter, but if you want to talk real time you know I’ll always answer your tweets.