Is it Christmas break for high school and middle school youth yet? Because it seems to me with all the racially charged incidents happening from Coast to Coast, these youth need a break if for nothing else than to get some body armor together. 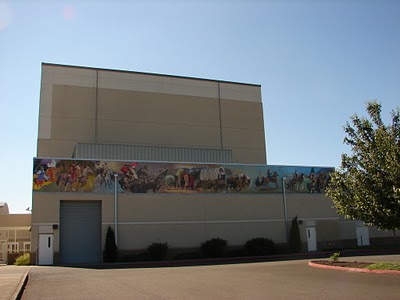 This morning, Oregon high school Park Rose joined the list of schools with racist incidents this semester. An African-American freshman reported that he saw his name written on a stairwell wall surrounded by swastikas and the word “Kill”.  The school confirmed that there were at least 5 student’s names written under the word “kill” and surrounded by racist images. They also said they were taking proactive steps to deal with the situation. So far those steps include:

There was no reference to racial tensions at the school or addressing any climate of racial conflict. However, African Americans in the community have indicated that Parkrose High School has “never been a particularly safe place for African American students.” While they have pointed to no particular incidents to back these claims, people seemed confident in believing that both the school and the neighborhood in which it is located have not traditionally been particularly “friendly areas of town.” The presence of swastika graffiti in the area is one indicator; it was not only present in the current hit list incident but also spray painted near Portland Christian High School, another Parkrose neighborhood school, by arsonists who tried to burn the school down. In that incident, both students and police minimized the presence of both racist and sexist graffiti as “the work of punks who probably did not know any better” (see East PDX News for full story on PCHS). The neighborhood was also one of a handful embroiled in the rise of neo-nazis in Oregon in the 1980s.

At the same time, Parkrose High School administrators point to the fact they crowned an African American this past Spring as the Rose Festival representative of their school. They also note that the school has been becoming increasingly diverse not less so. Both the current Principal and Vice Principal of Parkrose High School are also women of color, though none of the people of color in administrative roles are African American.

At least one mother has said she does not feel safe returning her child to the school and it is unclear if he, and others named, will in fact return.